From Our Community: Marine Protection – A Permalac Case Study

The boat was originally built as a pleasure craft, however shortly after completion it was recquisioned by the U.S. Navy. At the time, civilian craft were the only boats afloat not being attacked and sunk by German submarines. After the war the navy offered to make any improvements the original owner wanted, so he asked them to make the 65’ craft 75’. And they did!

Recently the boat was purchased and a complete restoration ordered. The owner wanted to double the number of circular port lights (windows) but he wanted the new lights to match the original 1941 lights. To achieve this, new lights were cast in bronze and then sprayed with a coating that compounded 95% powdered aluminum with a special hybrid polymer resin solution binder and catalyst. Once laid down this PermanOre coating functions the same way as real metal. It can be sanded, sandblasted, polished, ground, machined, or engraved in the same manner as the actual metal.

The final step was spraying the finished lights with Permalac. Aside from protecting the carefully finished metal surface, Permalac has the advantage of being invisible. Unlike other lacquers it doesn’t give architectural coatings a plastic coated appearance and sheen. In addition to the lights, PermanOre (www.permanore.com) also prepared and applied brass coatings for all exterior metal work from the windshield wipers to the anchor. These also were final coated with Permalac. 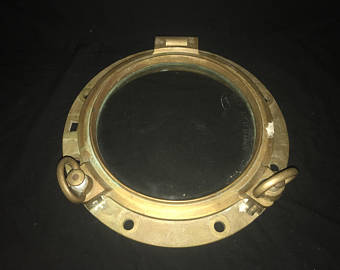